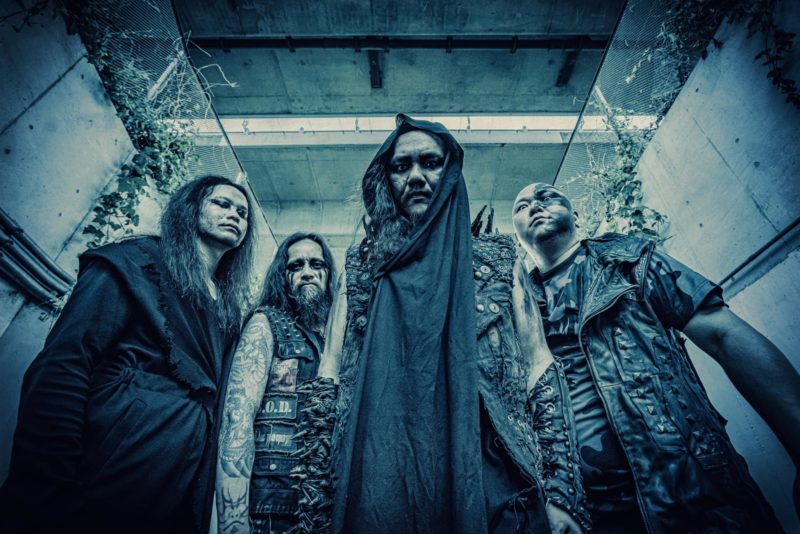 Bio:
Perhaps one of Japan’s best kept secrets, Survive‘s history begins over 20 years, ago –  it was back in 1998 when former Death File guitarist and mastermind NEMO decided to form a thrash metal band of his own: their fate was sealed. After releasing their first demo tape, Survive embarked on their first tour ever with legendary Japanese thrash-metallers United (whose guitarist Singo Otani also happened to be the producer of said demo). Soon enough Survive was ready to release their debut album Against Next, which allowed the band to tour Japan extensively and gain domestic recognition. Fast-forward two decades from now – during which the band released 5 albums and toured with metal giants such as Napalm Death, At The Gates, Kreator, Overkill and Venom Inc. worldwide – Survive‘s latest album Immortal Warriors sees the light. Currently available for the Japanese market only, the album will soon be released worldwide by Sliptrick Records.

Japanese axe-grinders Nemo and Gaku are back with a playthrough video of the song "Wrath", taken from Survive's latest album Immortal Warriors - [...]

Go Loud Agency is proud to announce that Japanese Metal veterans Survive will head out on a Europe tour in March! The first [...]

New videos out for our roster's heavyweights Kill All The Gentlemen (UK) and Survive (JP)! Exter-based death metal band Kill All The [...]